You don’t have to fear the monsters in this Altoona mural. They’re not here to frighten you—they’re here to welcome you into a headspace of family-centered memories and childlike wonder.

“The Night Max Wore His Wolf Suit” by Washington-based artist Justin Hillgrove is a massive 20’ tall by 50’ wide mural, the first of its kind in the Altoona community. He began working on the piece in October of 2020, then finished it up in April of 2021 after early snow squalls forced the project to be delayed.

If you feel like you’ve seen the beasts in this piece before, you’d be exactly right.

Drawing Inspiration from “Where the Wild Things Are”

The monsters you see in front of you were derived from “Where the Wild Things Are”, the beloved children’s book written and illustrated by Maurice Sendak.

However, before they made their way to the spacious walls of Altoona’s police station (super ironic since the monsters are in a police line-up), the creatures resided on canvas.

Justin originally crafted “The Night Max Wore His Wolf Suit” in 2012 as an art print, not a mural. He created it as a token of inspirational gratitude to Maurice Sendak, whose illustrations helped shape Justin’s childhood and artistic development. 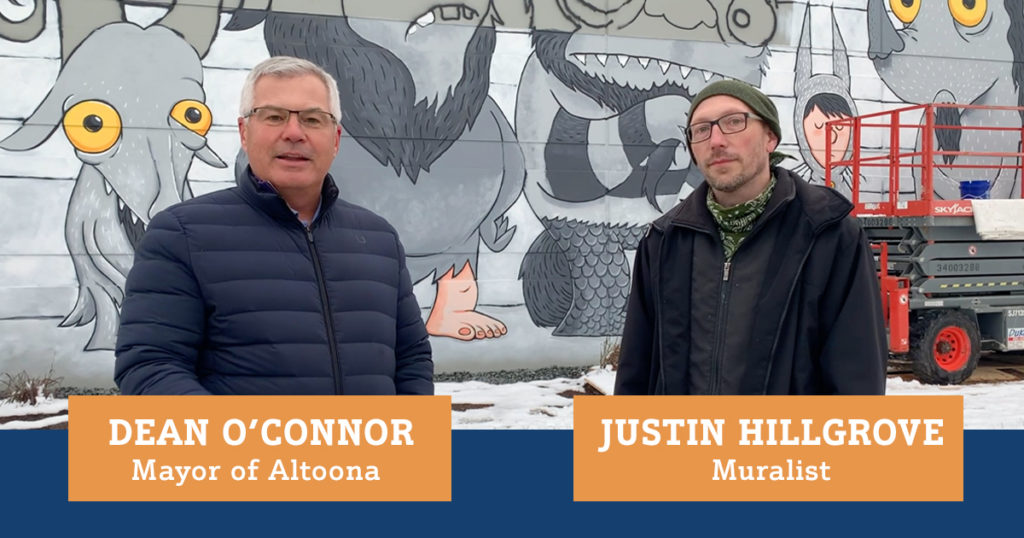 His “Where the Wild Things Are”-themed print would start to evolve into something much bigger when it was discovered by Altoona Mayor Dean O’Connor.

A few years ago, Dean O’Connor and his wife were in Salt Lake City for a conference. While they were there, they made their way to an art festival, where they crossed paths with Justin and his aforementioned print piece.

Dean immediately fell in love with the print. It unearthed warm memories of the times he spent reading “Where the Wild Things Are” to his sons when they were young. 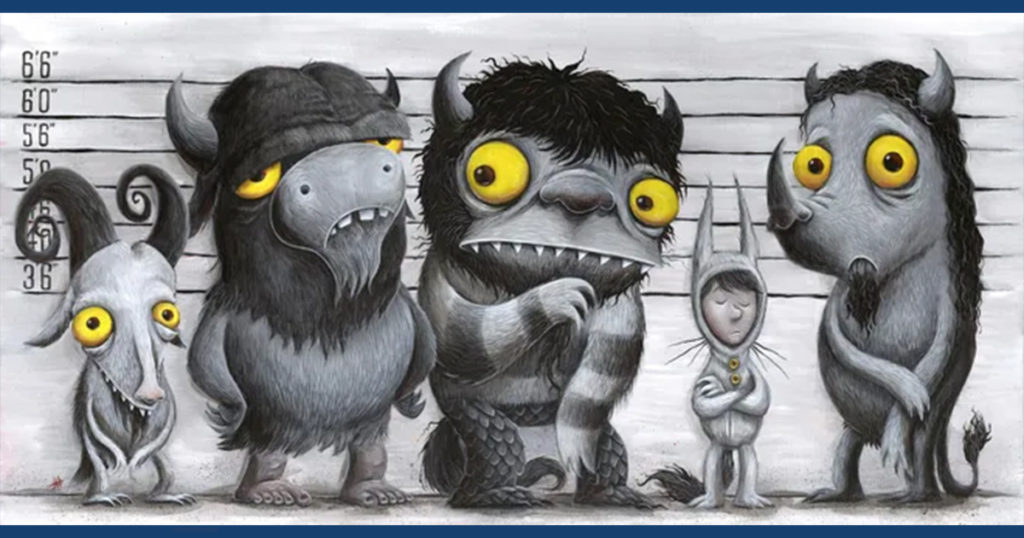 He ordered a copy of the print and placed it in his office, where it remains today, alongside copies of Sendak’s famous book.

When an opportunity came to share this piece with the entire Altoona community, Dean leaped into action.

He noticed that the city’s new police station had a huge wall that was visible from surrounding bike paths. It was the perfect place to put a mural, and he knew just the artist to make it happen.

Bringing it to Life

With the help of Altoona’s Arts & Culture Commission, Dean reached out to Justin about turning his “The Night Max Wore His Wolf Suit” print into a large-scale public mural. He happily agreed, and the rest is history!

Justin began working on the mural in October of 2020, then finished it up in April of 2021 after early snow squalls forced the project to be delayed. 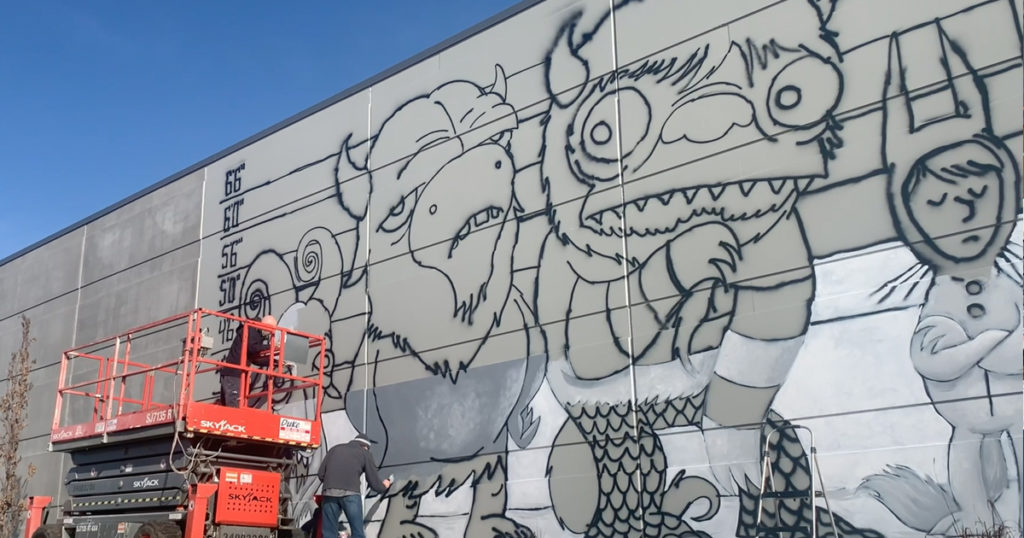 Thankfully, he had some help along the way. (Painting 1,000 square feet of artwork alone would be quite the ask). Two fellow artists worked alongside Justin: Calvin Hillgrove (his son) and friend/collaborator Mike Capp.

Justin’s experience creating the mural entailed overcoming his fear of heights and becoming an expert scissor lift operator, among other things. He wrote a great story about it on his website—check it out here! 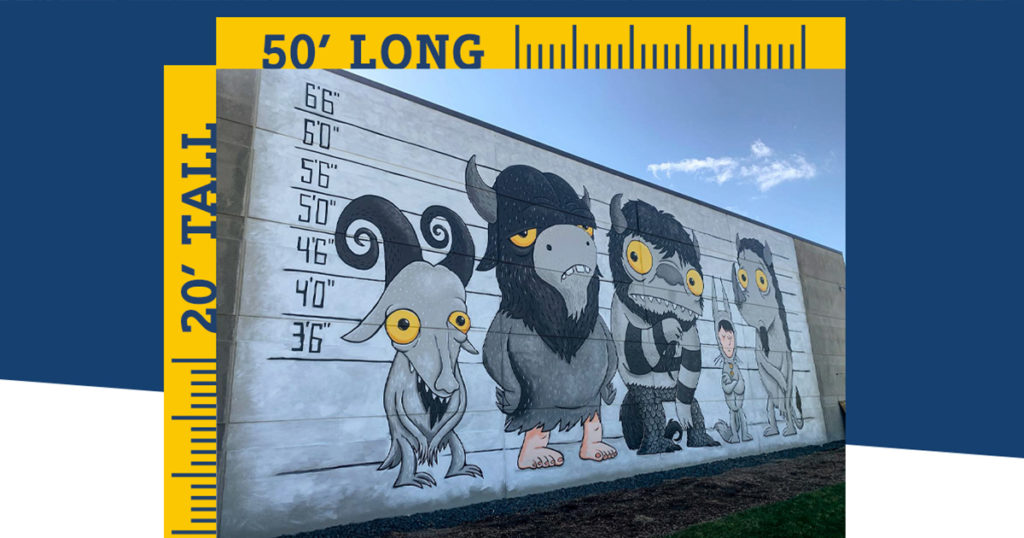 This public mural is a wonderful addition to the Altoona community. “The Night Max Wore His Wolf Suit” is not just beautiful, it’s easily accessible, family-centered, and reminiscent of a long-cherished story that’s shaped countless treasured memories throughout the decades.

It’s truly a masterpiece, one that will be enjoyed by the Altoona community for years to come. Thank you, Justin, for bringing your imagination and passion to life in our city!

Thanks to all who were involved: 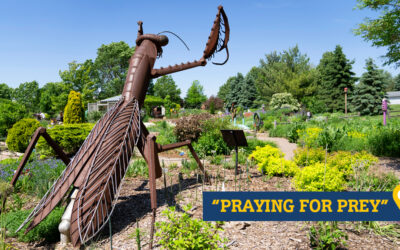 Some folks think it’s cute, while others find it a bit terrifying. No matter where you fall on this spectrum of adoration (or fear), you have to admit that this sculpture in Altoona’s Enabling Garden is pretty cool! But why is it here? Who created it? And is it going... 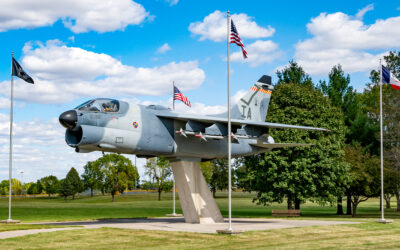 While it’s not a painting or an intricate sculpture, this fighter jet display at Sam Wise Youth Complex in Altoona is still a stunning work of art. Plus, it has a powerful meaning and decades-long history behind it. You may be wondering…what kind of aircraft is this?... 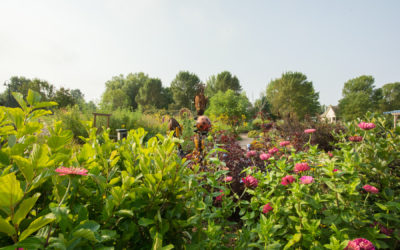